How living on the east coast changed my level of appreciation for my home, the west.

I can’t stand humidity. It makes it difficult to breath and pointless to shower. In July, 1999, I stepped off a plane in Raleigh, North Carolina, and was greeted with the heaviest humid air I had ever experienced.

I was eighteen years old, and a freshly minted Marine that had been assigned to Camp Lejeune, NC. I was young, excited, and looking forward to the high-intensity adventures the Marine Corps promised a young man.

Being a kid from out West, I was instantly struck by the vast, tree covered flatness of North Carolina. In Utah and Idaho, there seems to be no limit to the mountainous horizons and sheer distance of visibility. Here though, I had a sense of claustrophobic panic. The thick trees walled off any visibility, coupled with the lack of mountains. I had no sense of direction.

Once I settled in at Camp Lejeune, and the reality of the Marine Corps life shifted from excitement to misery, I went to town and bought a Ford Ranger.

Let me clarify my statement on misery. This feeling is normal for new Marines. It’s an insane adjustment from high school and civilian life. We get homesick and because we’re new, we’re at the top of the shit-pile for mundane tasks and work details. We were easy targets to senior Marines. Physical and verbal abuse were daily norms. But, we’re talking about the Marine Corps Infantry. This is how points were made and problems were solved. It’s not for sissies. In fact, it was glorious.

The Ford Ranger was the only truck on the lot I could afford, and I couldn’t shop around because I didn’t have any cab money left. The plump salesman laughed at me when I told him a two-wheel drive would work just fine. With no mountains or snow, what would be the point to a four wheel drive?

I found him annoying, but I left with the Ranger. To be fair, I found his warning about the North Carolina mud to have some merit. It’s formidable mud. That little truck found itself in some messy predicaments. However, being from the west, his statements were a bit silly.

The new truck offered a new found freedom for me. Once released for the day or a weekend, I would be the first one off base. I was determined to find some wild backcountry and get lost in some North Carolina wilderness. I wanted to scout for deer season and soak up everything I could in this distant place.

I have always been this way. Since I was a kid, I have had this uncontrollable desire to crest the next horizon, or see around the next bend. I’m as enthusiastic about it today as I was thirty years ago. To this day, my parents have no idea the miles I put on my first truck after getting my license at sixteen. Instead of going to algebra class, I would point that truck towards Wyoming and fish the Green River. One time, instead of going to school, I drove three hours north into Idaho, then followed a lonely highway into Southwestern Wyoming and hit a beaver that was crossing a dirt road I had pulled off on. I was home by dinner.

I spent the first few months in North Carolina reading maps and driving highways, searching. This was before smartphones and Google Maps. I found a small patch of U.S. Forest Land about an hour from base. Besides that, public land was slim. It was pure devastation for me. I added thousands of miles to that truck, and found very little in terms of open hunting areas. I felt as if the entire state was privately owned. The “no trespassing” signs seemed to be the most common creature on the landscape.

I’m not picking on North Carolina or any of the eastern states. North Carolina is stunningly beautiful. It’s rich history is highlighted on every highway I traveled. I spent almost five years there, and was wide-eyed as always in my explorations. Simply put, it was just much different than what I was used to.

If you’re reading this from back east, and have never lived or traveled through the west, let me explain myself.

Growing up out west, a dirt road just outside of town would lead to wild places seemingly untouched by man, within minutes. From there, I could escape the dirt roads and hike into a drainage to discover the unknowns of the unknown. It could be planned, or a snap decision to abandon the burden of civilization. In the mountains, I am free to pursue a reconfiguration of my mind that can sometimes get bogged down from life in town. Adventure is everywhere in the west, and much of it is mine as a public land owner.

I lived in North Carolina at a point in my life in which I was naive to public lands and availability of access. I just assumingely thought every state was like Utah and other western states. This was long before my commitment to organizations like the RMEF and others. I didn’t know any better. I learned a valuable lesson back east.

I felt like a prisoner to this place. Everywhere was either developed or privately owned. It was nearly impossible to get permission to hunt, and the only public lands were packed with hunters to a point in which it was dangerous to be there. Hunting and wilderness opportunities were almost non-existent. This, unfortunately, was part of my lesson.

Public land is sacred, yet not guaranteed. Every year, as hunting season approaches, I think about my struggles in North Carolina. The lack of wilderness and access added to my misery I experienced from being a new Marine. I could’t get back out west fast enough.

Before someone jumps down my throat, I am aware of the Smoky Mountains in Western North Carolina. It was an eight hour drive for a guy who had little time, and less money. There is public land, just not in the abundance of the west. From my current house in Idaho, I’m a four minute drive to an entry point into one of the largest National Forests in the country. I would’ve never had this opportunity in North Carolina.

The first whitetail I ever killed was in North Carolina, on public land. Back home, we only had mule deer. It took me three years to figure this spot out. The public land was small, but bordered some private hunting club land. I sat twenty yards from the fence in the woods and waited for the hunting club members to chase a buck off their land. They did, I scored. The damn thing died in a swamp and I had to wade into the black, crocodile infested water to retrieve him. It was worth it, I defied the odds that were against me. Take that, North Carolina.

Finally, my Marine Corps time came to an end. The drive back home was a little over twenty four hundred miles. It was an awakening. I left North Carolina on cruise control, chasing several setting suns towards the American west. I-40 took me through much of the south and into the panhandle of Texas.

I crossed into New Mexico, and the landscape began looking familiar. The horizon was further away. The mountains were getting taller, towering over the skyline and topped with pines. I began seeing mule deer and sagebrush. Humidity was only a memory. I was home. I vowed to never live anywhere else again.

I have always appreciated the hospitality and beauty of North Carolina. However, it was the lesson I received while there that was my key take-away. It gave me my sense of belonging by confirming where I didn’t belong. It taught me the importance of protecting our public land, and being leery of human development. I value the wild backcountry that I may not have appreciated as much, had I never left.

If you live out west, it is my hope that you, too, have this appreciation. For some, it may not have taken five years away to understand the magnitude of the lands we enjoy. For me, I am home, and will forever be. 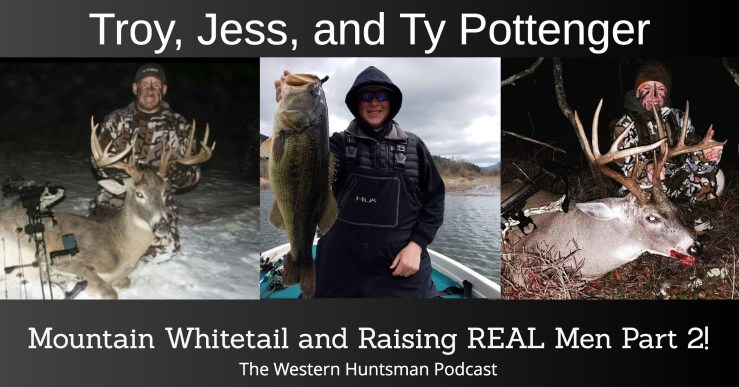 « Older Entries
Next Entries »
← Prev: Upping your elk hunting game with Elk Calling Academy Next: The Legend of Dirk Durham →