Some people call it the most amazing advancement in human history; the internet. I’m not sure I agree. In fact, in many ways I feel as though the internet has removed many levels of human decency, manners, etiquette, and connection. People attack others with more aggressiveness and hatefulness from behind a keyboard than they ever would in person.

It’s not all bad though. The internet also creates connection in a strange hypocritical twist from the last paragraph. I’m able to maintain relationships with people that without social media, I would have long lost touch with. I also get to write articles like this and instantly share it with thousands of people. This article will speak to the dichotomy of humanism and technology, as it applies to being a hunter in an age of growing anti-hunting sentiment.

I suppose it’s like most things, there’s good, there’s bad, and then there’s ugly.

My friend, Bob Legasa, was the victim of a grizzly bear attack. Him and his hunting partner stumbled onto a sow and cub while elk hunting in Montana. The attack happened fast, the sow was on top of Bob in a matter of seconds, sinking those grizzly teeth into his arm bone and clawing at his face. Bob’s hunting partner sprayed the bear with Counter Assault bear spray and ended the encounter. It’s an amazing story. A story of survival and grit, you can hear it by clicking on the episode link below. Bob goes into great detail in my podcast.

It would be nice if Bob’s successful recovery from the attack was the end of the story. It’s not. He endured many more attacks from, you guessed it, the ever so lively anti-hunting and vegan crowd.

This is not uncommon when a bear attack happens to a hunter. The spewed vitriol and violent hatred pours out of the anti-hunting community, they feed off of each other like a pack of wolves. Their baseless claims rooted in emotional wrongs seem to eliminate the thin curtain of phony compassion they work so hard to illustrate.

In Bob’s case, the attacks and threats were profound. Bob is well-known in the hunting community. He’s articulate and un-afraid to share his story in the face of such backlash. I believe this contributed to the severity of the attacks. This US Freestyle Ski Team member, TV host, videographer, business owner, writer, and sincerely good guy doesn’t fit the narrative of the anti-hunter’s misled perception of the American outdoorsman. They want to create the image of Joe Dirt drinking beer, smoking cigarettes, and shooting deer from the highway. But, like the rest of their rhetoric, they’re wrong.

One lady, named Tiffany Meriweather on Facebook, wrote “I wish that bear had killed you. Quit killing animals for no other reason than fun you sick piece of shit, you can’t die soon enough. I’ll pray every night that Satan will wing you away to Hell were (I believe this sweety pie meant *where) you’re hunted for an eternity. Fitting justice.”

Here’s the difference between reasonable hunters and these narcissistic anti-hunters; we don’t care if you eat meat or not. We don’t bother ourselves with your lifestyle and your choices. In fact, I’ve never seen a hunter wish death upon a vegan because of our dietary differences. Hunter’s don’t troll anti-hunting social media sites and threaten violence, verbally abuse, and generally harass them like this. We’re grown ups and have little desire to shove our lifestyle and choices down your throats. Do what you want, but leave us alone. Your misguided opinion on hunting and the reasons why we choose to pursue wild game will never change our perspective, or our lifestyle.

One laughable example came from a lady who, in her Facebook profile pic, was wearing a lobster bib and holding two cooked lobsters proudly before the camera. Then, in one of the most magnificent displays of hypocrisy I’ve ever seen, wrote “Hunting is murder!!”

There is a part of me that understands a vegan when said vegan makes stupendously stupid anti-hunting remarks. Or when they make a case for veganism to open ears, or defend their lifestyle choices. This should be expected. However, when a person that eats meat attacks a hunter for hunting, this is a whole new level of absent mindedness. I can’t even conjure up a proper argument against them, because I find them to have super-human powers as nobody, and I mean nobody, can be this profoundly dense between the ears. Can they?

I’m going to transition to speaking directly to the anti-hunting crowd here.

Allow me to explain something, and I hope an anti-hunting… person… is reading this. I’m done trying to explain mine and other hunters lives to you. Your lack of cohesive thought into the very matter you choose to battle us on is exemplified with each threat you spew our way. You wish us death in order to protect an animal. In other words, you give little value to human life, kind of like a terrorist. Yep, I just said that. You pay no mind to the fact that human existence has depended on hunting and meat for thousands of years and in fact you are the one suffering from a delusional sense of self-righteousness.

Your very existence is directly related to hunting. Understanding the history of the human condition would help you comprehend the magnitude of the emptiness of your lost cause. Being a vegan does NOT give you the right to dictate the life of another, get over your bad self. Veganism isn’t exactly the healthiest lifestyle in the first place. The overwhelming evidence that hunters are the largest contributor to effective conservation efforts absolutely pummels your psychotic narrative. It is inarguable that the hunting community has resuscitated our wildlife, their habitats, and their flourishing populations across North America.

But, you don’t care. Because of your lack of mental maturity, you allow emotions to dictate your thoughts that spill into actionable threats. Your see-through flag of compassion is completely negated with each keyboard death-wish you send.

Let me drop one last truth bomb on you, my little anti-hunter friend; we, as hunters, care more about our wildlife than you can ever fathom. Most of us experience nature through a more realistic lens than you ever will in the urban jungles you call home. Our lives are centered upon the success of our wild game. We understand them. We respect them. We love them. And dare I say, we hunt them. On a very holistic level, we cherish our wildlife on a much deeper level than you.

Your shallow connection to nature will never compare to the encapsulating commitment to wild things and wild places that define our lives. Never. The biggest difference between us? We are honest about being human. We are true to our primal roots. Our souls have real fulfillment, not hateful emptiness. Like… say, you.

As I say this, it is important to me that you understand that I do not wish you harm, ill-health, or misery of any order. Although I have lost all respect for you, I still wish you happiness. My hope is that one day, you recognize the importance of balancing your beliefs with respect for others. We’re not trying to force you to hunt, eat meat, or gut a fish. Live as you believe, but human life should be valued irregardless of your opinion on hunting. Stop threatening other humans because yours differs.

Harvesting animals is natural, healthy, and necessary. Wishing death upon others is wrong, evil, and detrimental to your credibility.

You are hypocrisy. At it’s finest.

Switching gears back to my peeps, the hunter.

We no longer have the luxury to ignore the anti-hunting movement. Furthermore, we should not tolerate this disgusting behavior. My former self would have made every effort to try and understand their reasoning, offer them respect, and have dialogue with them regarding their viewpoint. This was a mistake. When anti-hunters and vegans begin wishing us death simply because we continue to carry on the legacy of hunting, as the generations did before us, there is no longer any need to maintain respect.

What we need now is to present a united front. We must step up and engage when they attack a fellow hunter. I’m not referring to violence, so you salivating, anti-hunting nutballs can just relax. I’m talking engagement, online or in-person. Let them know that we have a new found zero tolerance policy for them, their threats and death wishes, and their incomprehensible ignorance. Armed with the truth, smother them with factual data about conservation, wildlife management, the North American Model, and health benefits of wild game meat. Stand up for your fellow hunters.

We also need to be tactful with our imagery. Anti-hunting groups feed off of graphic hunting images that are not so flattering. Post clean, tasteful images to social media. Show your respect for the animal upon harvest and honor it the right way. Pictures of harvested animals presented in poor taste fuel the anti-hunting argument and hurt our image with non-hunters who may be on the fence in this debate. Post hunting topics and images that inspire and educate, not create disdain.

Getting death threats or death wishes online for being a hunter is not okay. Make them famous. Send me the info with screenshots and I’ll make them famous. Report them to law enforcement. Find out if they own businesses or where they work, report it. It’s time to get ruthless in defense of our lifestyle, because our lifestyle is not up for debate NOR is it anybody’s business. We will not allow them to take away from us, make a difference! They have proven to be unreasonable. Weak minded individuals usually are, exploit their weak minds with me and together, we can create the narrative in a positive light, while maintaining the offense. Defense is only the beginning.

Bob didn’t deserve the treatment he received from the fringe anti-hunters. His story is amazing, hearing it could help prevent this from happening to you on your future hunts. Listen below and let me know what you think. Send me any threats or death wishes you may have received. Oh, and if there is an anti-hunter full of hate and disdain reading this, let me know. I’m always open to getting someone like you on the show to discuss the relevance and morality of hunting. 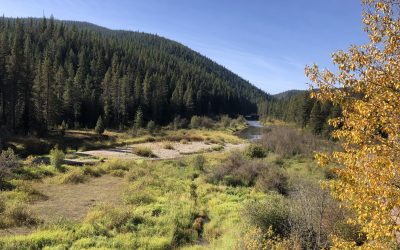 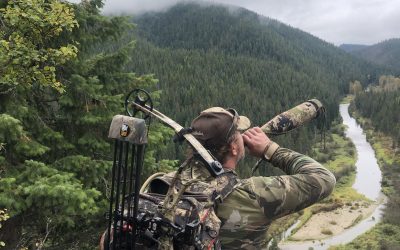 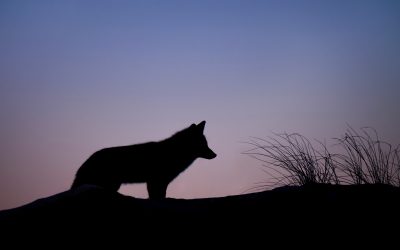 The dichotomy of loving our wildlife and managing them so they ALL thrive. Wolves are an amazing creature that demand...